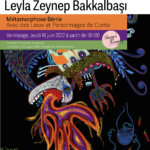 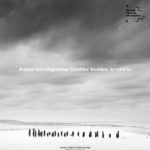 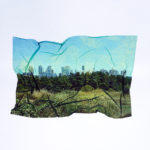 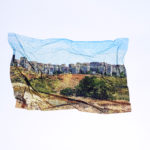 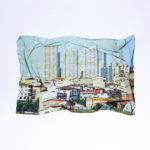 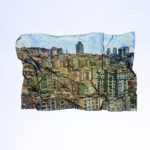 EBRU CEREN UZUN ‘PHYSARUM’ 'Physarum' (Slime Mold) is an organism which we do not care its existence, but we realize it is everywhere we look, when we indicated it. A single-celled creature,

EBRU CEREN UZUN ‘PHYSARUM’ 'Physarum' (Slime Mold) is an organism which we do not care its existence, but we realize it is everywhere we look, when we indicated it. A single-celled creature, which increases its speed as it feeds, and takes on a collective form focused on spreading and invading as it moves towards the food placed in front of it. Being a type of amoeba, this living thing has neither a mind nor neuron-like structures that would cause it to make intelligent movements. While it likes dark and humid environments, it cannot exist in bright and dry environments. Its life cycle continues to invade the area it reaches, traveling towards the food with its movements by expanding and contracting. Just like a new type of urban structuring, which starts from the city periphery and spreads rapidly towards its food, that is, to capital and vacant lands, like this organism. Moreover, this structuring model, devoid of social areas, irreversibly transfers the single-purpose and invasive nature of the organism it resembles to neighborhood relations. Photographer Ebru Ceren Uzun's exhibition 'Physarum', in which she deals with the environmental deformations brought about by urbanization, the economic growth of cities and the socio-cultural changes experienced, appears as a series in which these two invaders are intertwined, both conceptually and technically. The life form, which the artist has included in the series using the photographic transfer technique, adds a new dimension to the object-space relationship that has come to the fore in his works to date. The feeling of continuous deformation given by the crooked construction is reflected in the photographs through the temporary and fluid nature of the transfer method. In the background of the photographs, the dominant tones of Physarum, which acts not only in its natural habitat but also in the laboratory environment, are dominant. The few green areas in the spaces chosen in some of the squares and the pieces of nature such as the sky also get their share from the non-stop progress of Physarum. Because it's only a matter of time before these last pieces succumb to the invasion... The series, in which the satellite districts Bahçeşehir, Esenyurt, and Büyükçekmece are used as shooting areas, are shown to the audience; Regardless of whether they live in Istanbul or another city; these images give them the opportunity to question the effect of concrete invasion. This daring and goal-oriented progression of Physarum causes the audience to explore the same anxiety, whether they have already faced this situation or live in another city where the same reflections will be experienced in the future. As a result of this continuous state of deformation and continuous diversity that affects the city, while we encounter traces and moments of the city's natural state in certain pieces in the series; When we look at the whole, we see a completely compressed, overlapping landscape. Taking a step back and looking at the series of photographs, one cannot help but question: “What will happen when the food that gives mobility to this invasion, which is a reflection of distorted urbanization, runs out?” Selin Özavcı Tokçabalaban İstanbul-2022